Tigers Could Be Extinct By 2022 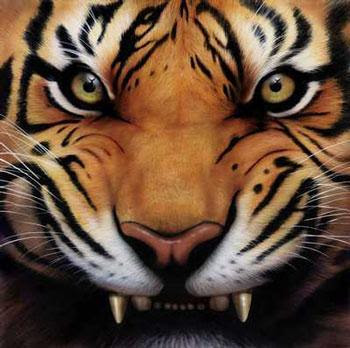 The world's tiger population could soon be extinct because of illegal trophy hunting, deteriorating habitats and the use of tiger parts in Eastern medicine, environmental experts warn.

World Wildlife spokeswoman Marie von Zeipel says the tiger is one of the most threatened species and could face extinction within 12 years. The organization estimates that there are 3,200 tigers in the wild.

Von Zeipel told The Associated Press that the wild tiger population has shrunk 97 per cent in 100 years and that "if nothing drastic happens the [population] curve is heading straight for disaster."

Her comments on Friday came after the wildlife organization hosted a seminar in Stockholm about the plight of wild tigers.


Read more: http://www.cbc.ca/technology/story/2010/10/22/tigers-extinction.html#ixzz13VK2vk00
Posted by Editor at 5:30 PM
Email ThisBlogThis!Share to TwitterShare to FacebookShare to Pinterest