Did you know a lobsters blood is colorless?

Did you know that the lobster's blood has a bluish tint due to the presence of copper found in the blue haemocyanin molecule?

Did you know that the lobsters blood when exposed to oxygen it turns blue?

Did you know that human blood is red because that is the color of oxygen saturated hemoglobin in our blood stream?

Did you know that Lobsters have no hemoglobin to transport oxygen?

Posted by The Jungle Store at 8:30 AM No comments:
Email ThisBlogThis!Share to TwitterShare to FacebookShare to Pinterest
Labels: blue blood, Did you know, did you know lobsters blood is colorless, did you know that lobster blood turns blue when exposed to oxygen, haemocyanin molecule, hemoglobin, Lobster

Everyone by now has heard about Harambe the Gorilla incident. As reported a young boy jumped into the gorilla's cage by crossing the public barrier. His mother was present but was distracted by 3 other children. Videos show Harambe dragging the child through the moat. Some say he was distressed from all the shouting from other guests. Some conclude he was protecting the child. 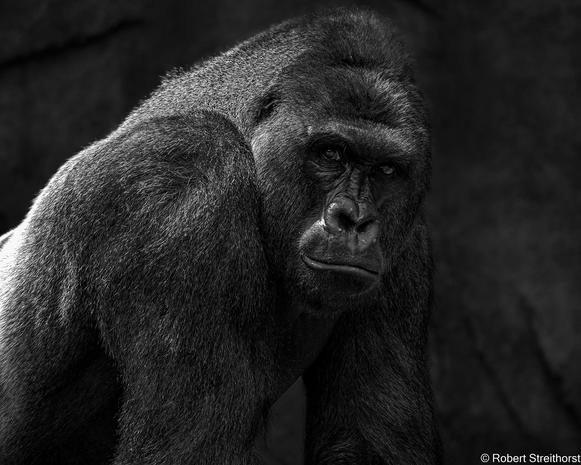 Unfortunately the world has lost a rare and extinct gorilla. Harambe was a silver lowland gorilla. Lowland gorillas are said to stand erect at  5–6 feet (1.5–1.8 m) tall and weigh 300–600 pounds.

Western lowland gorillas are endangered and they live in heavy rain forests, and it is difficult for scientists to accurately estimate how many survive in Cameroon, Central African Republic, Congo, Equatorial Guinea, Gabon, Angola, and the Democratic Republic of Congo.

Posted by The Jungle Store at 1:33 PM No comments:
Email ThisBlogThis!Share to TwitterShare to FacebookShare to Pinterest
Labels: animals that are extinct, animals who are extinct, Cincinnati zoo, gorilla in captivity, Harambe, harambe the gorilla

What kind of fish is Dory?

Dory(Ellen DeGeneres)  is back! And this time she's looking for her parents (Diane Keaton) and (Eugene Levy). Nemo, Marlin and the gang help Dory navigate through the ocean hoping to find leads to her past. With new characters being introduced along the way we're sure to fall in love with these new personalities.